You are about to leave a GSK website. By clicking this link, you will be taken to a website that is independent from GSK. The site you are linking to is not controlled or endorsed by GSK, and GSK is not responsible for the content provided on that site.

Rely on the same dose (0.5 mL) for a broad age range of patients, aged 6 months and older.1

FLULAVAL QUADRIVALENT is available in1: 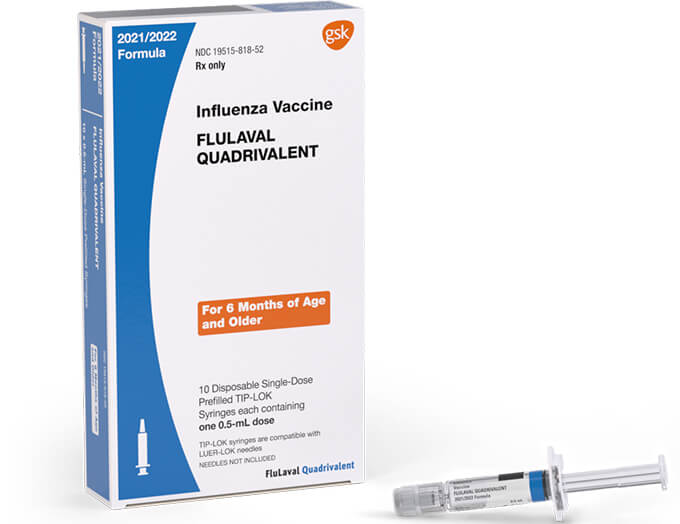 Vaccination Dose and Schedule by Age1

aOne dose or 2 doses (0.5 mL each), depending on vaccination history, per the annual Advisory Committee on Immunization Practices (ACIP) recommendations on prevention and control of influenza with vaccines. If 2 doses, administer each 0.5-mL dose at least 4 weeks apart. 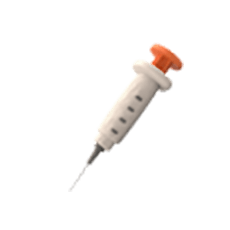 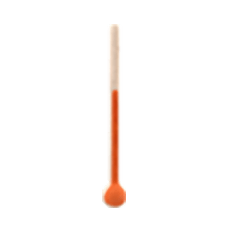 Please refer to your most up-to-date Current Procedural Terminology (CPT) and International Classification of Diseases (ICD) manuals for appropriate coding.

Administration codes will vary based on the service provided.

Noninferiority of FLULAVAL QUADRIVALENT Relative to a Comparator Quadrivalent Influenza Vaccine at 28 Days Post-vaccination in Children Aged 6 Through 35 Months (According-to-Protocol Cohort for Immunogenicity)1,a,b,c 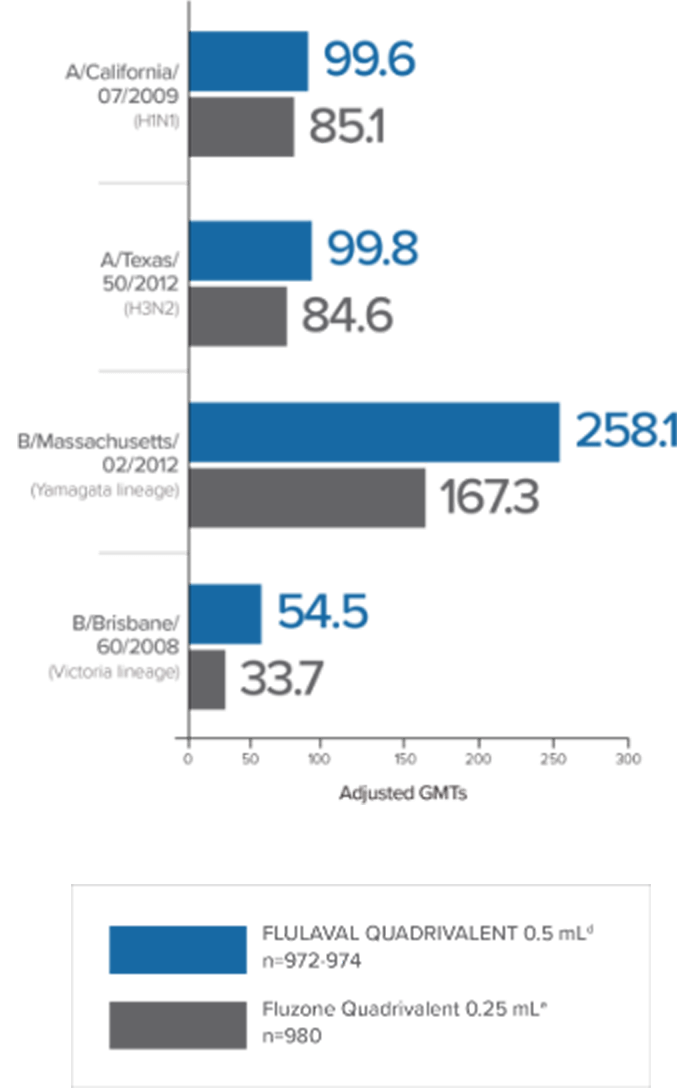 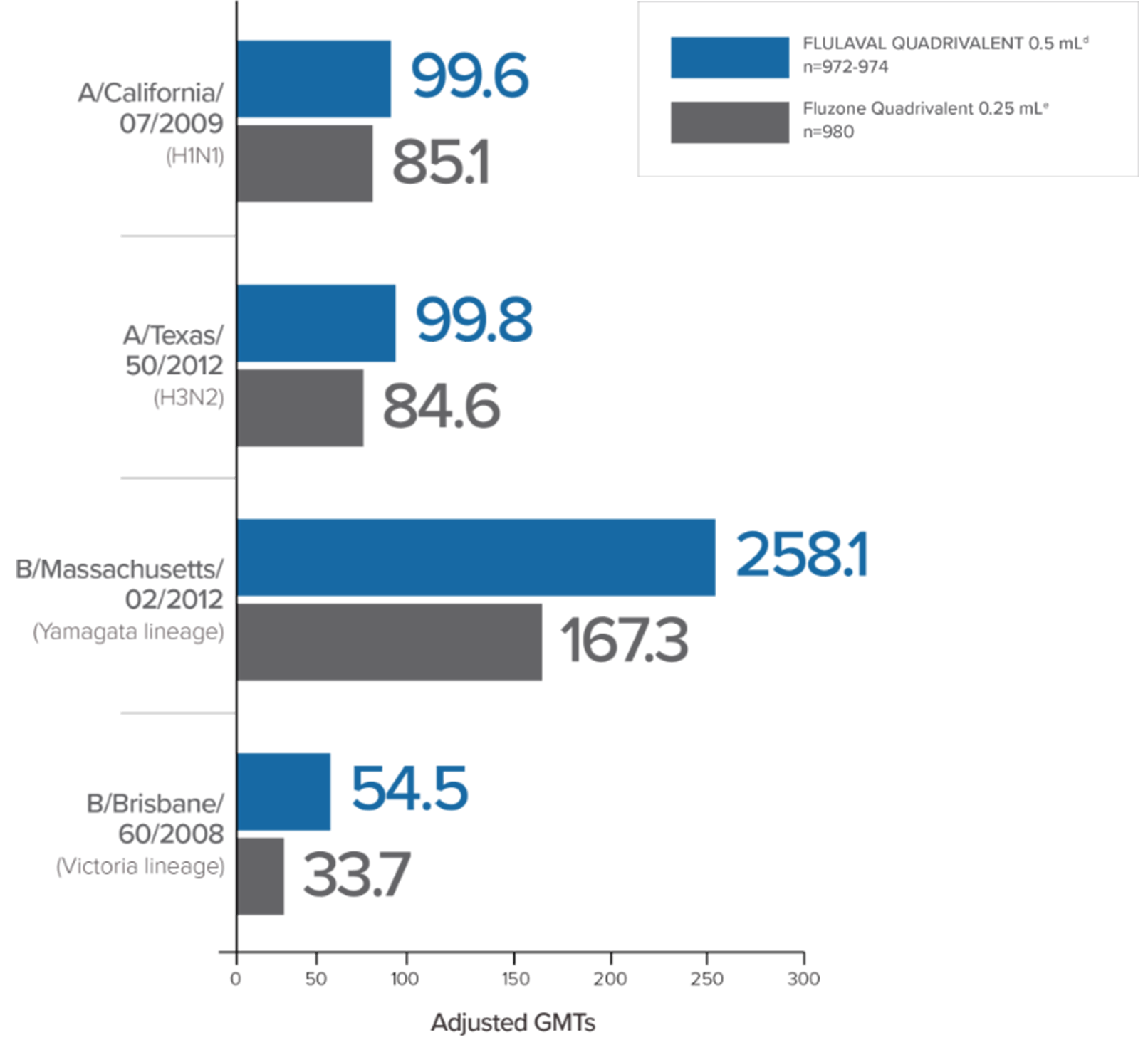 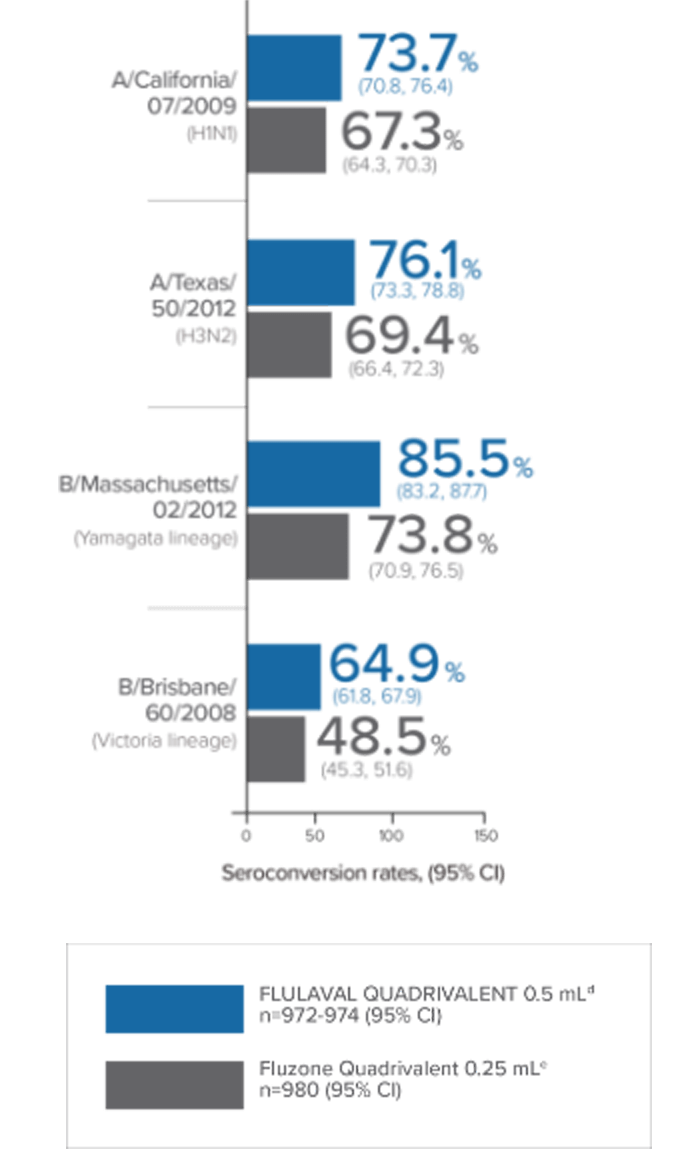 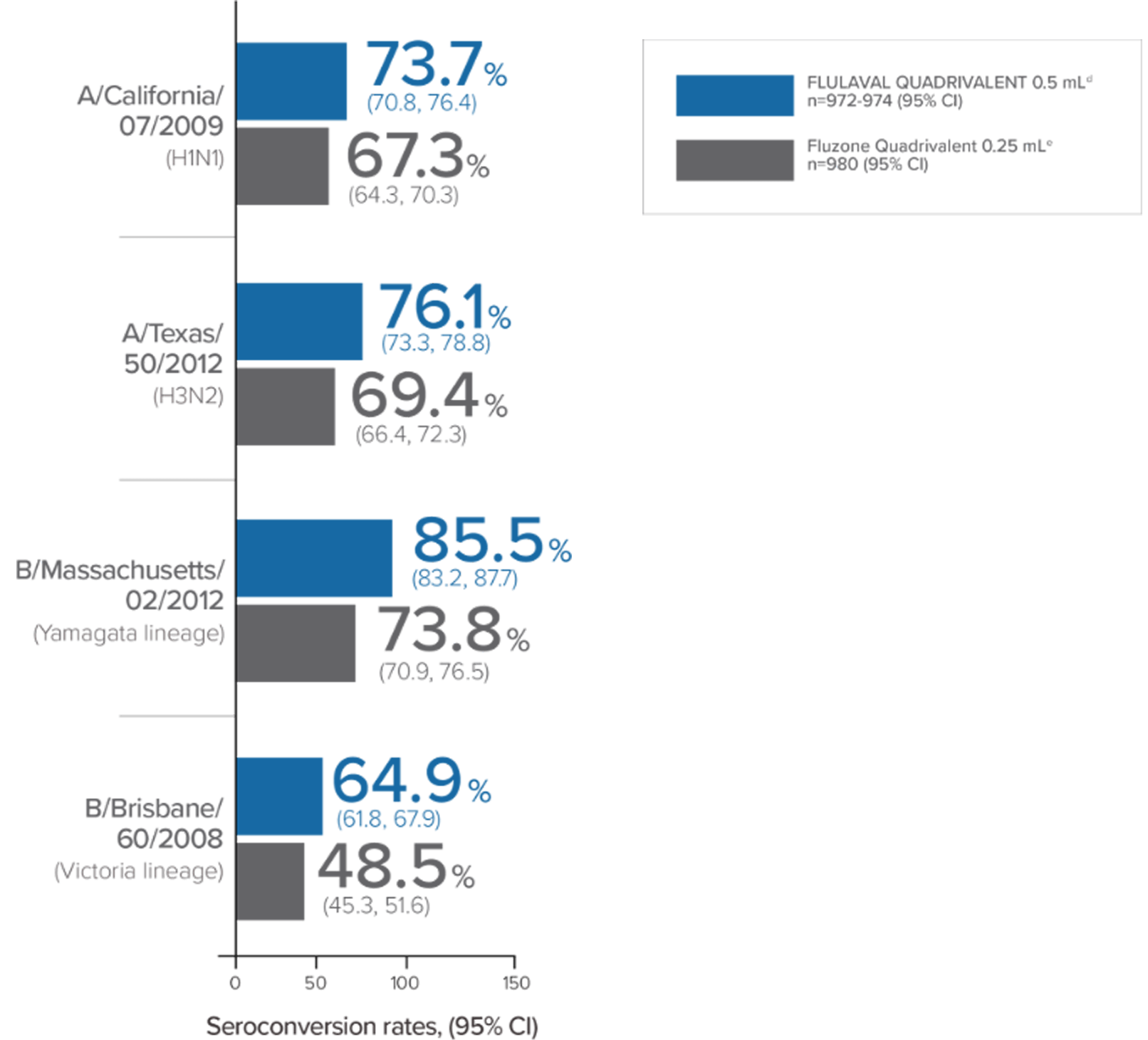 In a clinical trial in subjects aged 18 years and older, FLULAVAL QUADRIVALENT (n=1245-1246) exhibited immunogenicity noninferior to two trivalent inactivated influenza vaccine (TIV) fomulations, each containing an influenza type B strain that corresponded to one of the two type B viruses in FLULAVAL QUADRIVALENT (a type B virus of the Victoria lineage (TIV-1, n=204) or a type B virus of the Yamagata lineage (TIV-2, n=210-211))1

In clinical trials, FLULAVAL QUADRIVALENT 0.5 mL demonstrated a safety profile comparable to both quadrivalent and trivalent flu vaccines across a broad age range of patients.1

In children who received a second dose of FLULAVAL QUADRIVALENT or the comparator vaccine, the incidences of solicited adverse reactions following the second dose were generally similar to or lower than those observed after the first dose.1

3 ways to order or prebook